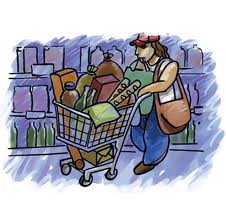 India’s ascendance as an economic power has forced the world to unveil the mystery called “India” .  and  an intriguing element of this mystery is its consumer market  characterized by diverse languages, regions, religions, economic and social status. This market has always been a tricky proposition to understand.

The Indian market has undergone a paradigm shift due to India’s rapid economic growth . The favorable demography of the Country makes it a market that is  impossible to miss. Global corporations view India as one of the key markets from where future growth will emerge.
The growth in India’s consumer market will be primarily driven by a favorable population composition and rising disposable incomes. A recent study by the McKinsey Global Institute (MGI) suggests that if India continues to grow at the current pace, average household incomes will triple over the next two decades and it will become the world’s 5th-largest consumer economy by 2025, thereby shifting upwards  from its current 12th rank .

India’s consumer market till now was broadly defined as a pyramid; a very small affluent class with an appetite for luxury and high-end goods and services at the top, a middles-class at the center and a huge economically disadvantaged class at the bottom. This pyramid structure of the Indian market is slowly collapsing and being replaced by a diamond – a relatively large affluent class at the top, a huge middle class at the center and a small economically disadvantaged class at the lower end. The diamond represents increasing volume and value across all classes of Indian consumer market.

Indian consumer purchasing is largely through the unorganized sector or through the kirana stores. Organized retail constitutes a small percentage of the Indian retail market. However, with urbanization and increasing value-consciousness among consumers, the organized retail format is beginning to root.  The organized retail format promises consumers better quality and better shelf-life for products due to their excellent storage facilities and anti-tampering checks. An important factor attracting consumers towards formal retailing mechanisms are  hypermarts and departmental stores that enhance their shopping experience.

These shopping outlets allow consumers to explore their choices and touch and feel products in the comfort of a glitzy and energetic environment, something that  kirana stores or mom stores  or pop stores have never been able to offer.

According to International Air Transport Association (IATA),India’s domestic air travel market would be among the top five globally. As per Airline Industry Forecast 2012 -2016 , only Kazakhstan, India and China would experience double-digit growth in domestic passenger traffic during the period, recording 22.5, 13.1 and 10.1% growth respectively, adding a total of 49.3 million new passengers.

“No other country is expected to experience double-digit growth rates over the forecast period,” the IATA study said.

India  overtook China as the world’s fastest-growing market for luxury goods in 2012. The world’s second-most populous country will grow at a average rate of 22% a year over the next five years. India will reach $7 billion in value by 2017, while China will grow by 15% over the same time.

“The main reason why India is such a hot destination for luxury goods is because of India’s growing number of high net worth individuals,” said Manjunath Reddy, analyst for Euromonitor International Asia Pacific. The number of the wealthy grew by 35% between 2008 and 2012 to about 170,000 and that number will increase to 450,000 by 2015.

Global luxury brands are also increasing their presence in large and well established malls across India (not necessarily luxury malls) to increase their reach to the Indian consumer.

Foreign brands that got in early have made rapid progress. Upscale watchmaker Tag Heuer, which has averaged 40% growth in India over the last three years, expanded from 80 shops to 120 in 2006; and Jimmy Choo  opened 10 shoe stores by 2011.

Acc to Tomas Ernberg, Volvo Auto India Pvt Ltd, Managing Director, Volvo has sold 811 units in Indian market  and  has achieved a 155 per cent growth in India during 2012 in the luxury car segment.The company has targeted a growth of 50 per cent in 2013, so as to sell 1,200 units.
German luxury car maker, Audi, achieved a massive 63 per cent jump in total sales at 9,003 units in 2012 in terms of new product roll outs and enhanced dealership network. The car-maker had sold 5,511 vehicles in 2011.
The SmartPhone segment is the fastest growing segment and continues to outpace the overall handset market for the foreseeable future. With a CAGR of 40 percent, the smartphone segment is expected to reach 97.2 million units by 2017, accounting for 29 percent of the total handset volume.

Blackerry, HTC, and Sony follow have a market share of 13, 4.3, and 4.2 percent respectively. Other prominent smartphone vendors include Apple, Motorola (mobility business now part of Google), and LG. Indian vendors like Micromax, Lava, tasted success in  feature phones segment.
Competition is expected to intensify as more and more domestic vendors hit the market with their ranges of smartphones. As a  consequence, the average selling price (ASP) for smartphones is expected to decline in the coming years.

On mobile operating systems front, Android is the overall leader, accounting for more than half of all smartphone shipments.

Samsung was the largest contributor to Android’s success, accounting for 45.4 percent of all Android-based smartphone shipments. Symbian operating system demand continues from its most ardent users. BlackBerry has average demands.  iOS has recorded a strong year-over-year growth with sustained demand for the iPhone 4S.

The intense competition is also compelling handset manufacturers to enhance the application ecosystem and invent products. While market entrants are likely to be daunted by sheer numbers in the market, they will identify abundant opportunities in the rural and semi-urban market for the next three to four years. For the mobile handset market, the rural market offers exciting prospects due to its significant uptake of feature phones.

India is hence undoubtedly the largest market for cars like Audi, BMW, Ford . It’s a market for high end products . It’s a market for luxury brands like Louis Vitton that have their show rooms in many malls . India is a large market for real estate with immense opportunities for high value consumers where big houses costing odd crores of rupees are in high demand. India is a vast market for aviation sector like helicopters and choppers. Its a large market for high cost large screen LCD and LED TVs. India has witnessed huge sales of Canon cameras and printers, Samsung SmartPhones and TVs ,LG refrigerators and TVs and the list is unending.